Sadly, there are over 3,500 suicides in Australia each year and nearly 65,000 attempts.  Nine Australians die every day from suicide.  That is more than double the road toll.  Are there warning signs that we can learn and help reduce this number?

Statistically, 75% of those who take their own lives are male, although more women attempt suicide than men. And, there are even more scary statistics:

Every life lost to suicide impacts the lives of over 100 associated people.  This may be family, friends, work colleagues, first responders and people who have had previous experience with the trauma suicide creates.

In general, the younger someone is, the less likely they are to commit suicide. But even so, there is a frightening trend showing an increase of younger people now taking their own lives.  Often there has been ‘cries for help’, but these were not seen as suicide warning signs early enough.

periods of time.  In normal circumstances, 1 in 4 Australians admit to being lonely and having no one to talk to.  This is where the:  R U OK campaign is invaluable.  We need to get used to ‘asking’ and making sure the response is not just an ‘auto’ response.  R U ‘really’ OK?

While some incidents are out of the blue, very often there are suicide warning signs. Unfortunately, these warning signs often go unnoticed or are ignored.

Be aware of these common suicide warning signs!

Hopelessness is a serious challenge. If someone is miserable and doesn’t believe that there’s any hope of a better existence, suicide can be a logical conclusion for them.

2. Lack of interest in activities 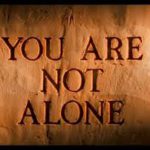 to participate in previously enjoyable activities. For instance, if you, or someone you know, has always loved to dance, going to the gym, or watching AFL or Rugby league, it would a ‘red flag’ if they were to suddenly lose interest in doing those things.

Many people that are considering suicide mention it at some point. If you know someone that seems interested in the topic of suicide, that’s potentially a serious warning sign.

People that drastically reduce their social interaction may be also contemplating suicide.
When people feel sad or miserable, they tend to isolate themselves from everyone else in the world. If your normally sociable friend starts avoiding gatherings or makes lame excuses to not attend events, there could be an issue.  Check-in with them.

People considering suicide might become concerned about who receives their possessions ‘after the event!’. They may start ‘cleaning out’ by giving away their tools, furniture, pets, and anything else of value.

It is not uncommon for planning to include finalising legal matters such as wills, finances, paying bills.  Effectively seeing to the last minute details, similar to ‘going away for a holiday!’

Depression is a primary warning sign of suicide.   Remember that depression is treatable. There’s no reason to suffer from depression when there are so many treatment options available.  The first step is to visit a therapist, a clinic, or a local Doctor to discuss the options.  Mental health affects every part of your overall health,  don’t push it to one side.  Ask for help.

8.   Strong feelings of guilt or shame.

People that commit suicide are frequently overwhelmed with feelings 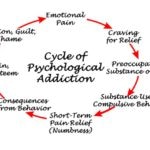 of guilt or shame.  They may have tried to cope with this by drinking, gambling, or other addictive behaviours.  However, the best way to deal with guilt and shame is through therapy.   Fortunately, there are many free resources available these days. Finally, society has accepted that the key to health and happiness is a strong mind and body.   Australia has many free online, and phone services – Lifeline, Youth Hotline, Beyond Blue plus there are therapists in every suburb who are experienced mental health practitioners.  Book a session to talk to someone.

9.  Saying goodbye to friends and family.

Committing suicide is like taking a very long trip that you never come back from. Most of us wouldn’t leave on a long trip without saying goodbye.   If it feels like someone is giving you a farewell for no apparent reason, that could be a warning sign of an impending suicide.

10.  Stating that others would be better off without them.

Many people who have considered suicide, change their minds at the last moment, because of the hurt and emotional trauma they will cause to those they love. The danger is when the person believes that others would be better off if they were dead.   That is a serious warning sign they could intend to harm themselves.

Be on the lookout for signs.

Given the prevalence of suicide attempts in Australia, someone you know may be considering such a drastic step. You’ve likely known others that have considered it, whether you realize it or not.  We all have a duty of care to look after our family, friends, colleagues, our mates!   Check-in with the people you know.   Ask if they are okay.   Book time in your diary to phone and keep in contact with your family/friends.  A 5-minute phone call could save a person’s life.

Suicide is a significant cause of death. Now you know the warning signs, you may be able to stop yourself, or someone you know, from ending their life needlessly.

If you need to chat, at any time…. Call 1300 645354 and BOOK a complimentary session with one of our therapists.   We specialise in resolving long term anxiety, stress and depression.