Wealth rarely comes without belief and intention. It’s possible to luck your way into financial abundance, but the odds aren’t in your favor. While a wealth mindset isn’t enough to create wealth, (it still takes work) but without believing you deserve it, it is impossible to achieve.

If you’re struggling financially, your mindset is the best place to start. It doesn’t cost anything to create a wealth mindset.

Develop a positive mindset around wealth.

Most of us would like more money, but we also harbor a few negative feelings or beliefs around money. Negative beliefs can be more powerful than positive beliefs.
When you think of wealthy people, what are your thoughts?  Are they negative or positive? What did you learn from your parents about money?   Did your family naturally attract money, or did they live payday to payday?  Due to the recession in 1930’s,  World War 2; the Global finance Crisis and many other Global events, many ‘sayings’ became the expectation of workers.   Things like:  ‘money doesn’t grow on trees’, all rich people are crooks;  money is the root of all evil;  Money is hard to come by; we have always been poor!  These quotes are ‘beliefs’ often passed down from one generation to another.  Beliefs, but not the truth!   You must create a wealth mindset to become wealthy.

You are sure to sabotage your efforts if you have negative associations around money.

Hang out with like-minded people.
If you want to become wealthy, it makes sense to spend time with wealthy people. Hanging around with ambitious people that share your vision of the future will give you the support and validation you need to persevere.

“You are a collection of your own thoughts. What thoughts you generate are accumulated and formed your own destiny.
If you richly think, you become rich, if you poorly think poor, you become poor. Therefore, your thought is the master of your own life.”
― Lord Robin


Be willing to ignore the naysayers.

When creating a wealth mindset becomes a priority in your life, be prepared to receive some criticism from friends and family members that have different beliefs about money.
It’s important to be able to ignore these opinions from others. Allow them to live life in their own way and demand the same in return. What’s really bothering them is the idea that you may become wealthy and they won’t.

Be respectful of money.

If you aren’t respectful of your partner, they’ll eventually leave you. The same is true of money. Be respectful of how you spend and invest it. Do you have your bills organized or are they all over the house? Do you pay your bills on time?
I have a favorite say:   Money flows to where it is most managed!  Anything that involves your money – your investments; spending; savings; earnings – should get your attention and respect.

Money is given in exchange for services rendered.  In the old days, this was barter:  one item was exchanged for another.  Nothing is changed.  Money is a symbol.  The more value you can provide to the world, the more you can expect to receive. 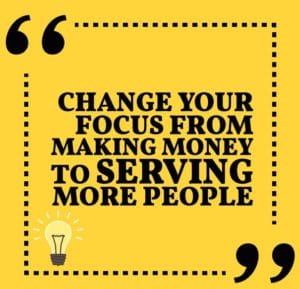 Most people make the same amount of money each year because they deliver the same amount of value each year.  Take Bill Gates – he is one of the richest people in the world.  Think about the ‘value’ he has given to the world!!.  Consider all the wealthy people you know,  investigate the ‘value’ they have given.   Yes, there are those that have ‘inherited’ wealth, they too give service or their wealth disappears.   Think about ‘how can I increase the service I give each day?’   How can create a wealth mindset?
Leverage your strengths.

Become excellent at what you’re good at and delegate the rest to others. Someone is great in the areas in which you struggle. It’s more intelligent to use your strengths than to spend valuable time building your weaknesses to a tolerable level.

Eliminate expenses that aren’t meaningful to you.

It’s not necessary to wash your clothes by hand, but if you haven’t used your home alarm system in six months, why are you paying for the service? Look at all your monthly bills and expenses and eliminate those things that don’t bring you any kind of value.

Believe you can be wealthy.

Current statistics put the odds of becoming a millionaire in Australia at 33%. That’s roughly one in 37 households. Not too shabby. That includes some people that never really dedicated themselves to creating wealth. Imagine how good your odds are if you really make an effort!

Know that with earnest effort, your odds of becoming wealthy are better than 50%. Having the seed of possibility planted in your brain makes wealth possible.

Wealth starts with having a positive mindset about money. Examine 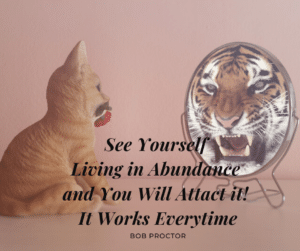 your own mindset and thoughts about wealth. Have respect for money. Be creative and generate as much value as you can for the marketplace. Spend time with others that have similar goals.

Becoming a millionaire is more likely than most people realize. Begin to create a wealth mindset today for a brighter tomorrow.

Download our Rich or Poor – Your Choice Workbook and Book in to complete a Values Determination  Session and get started on creating and keeping your first million!!