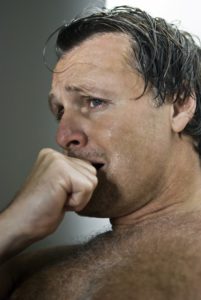 Sadly, there are nearly 4000 suicides in Australia each year and nearly 65,000 attempts.  Suicide is the leading cause of death in 14 to 45 year old’s in Australia.   Covid-19 has dramatically increased these numbers.  Everyone needs to know the ‘warning signs’ and when to ask ‘R U OK’

Statistically, 70% of suicides are committed by males, but more women attempt suicide than men. In general, the younger someone is, the less likely they are to commit suicide. Even so, there seems to be an onslaught of young people now taking their own lives.

While some suicides are out of the blue, very often there are warning signs. Unfortunately, these warning signs often go unnoticed or are ignored.

Be aware of these common suicide warning signs, and you may save a life:

Hopelessness is a serious challenge. If someone is miserable and doesn’t believe that there’s any hope of a better existence, suicide can be a logical conclusion for them.
– One possible cure for hopelessness is to prove that the ability to alter the future exists.
– For example, set one small goal. It might be to do five pushups or to lose two pounds. Accomplishing a small goal is a way to prove that the future is alterable.

2. Lack of interest in activities that were once pleasurable.

One of the primary signs of depression is a lack of enjoyment in previously enjoyable activities. For instance, if you, or someone you know, has always loved to watch baseball, it would be unusual to suddenly lose interest in that activity.

People that drastically reduce their social interaction are often also contemplating suicide.
– When people are miserable, they tend to isolate themselves from everyone else in the world.

– If your normally sociable friend rarely makes an appearance, there could be an issue.

People considering suicide can still be concerned about who receives their possessions when the smoke clears. They often start giving away their tools, furniture, pets, and anything else of value.

– Remember that depression is treatable. There’s no reason to suffer passively from depression when there are so many treatment options available.

7. Strong feelings of guilt or shame.

People that commit suicide are frequently overwhelmed with feelings of guilt or shame. The best way to deal with guilt and shame is therapy. Fortunately, there are many free resources available for this issue as well. An online search will turn up several good possibilities.

8. Saying goodbye to friends and family.

Committing suicide is like taking a very long trip that you never come back from. Most of us wouldn’t leave on a long trip without saying goodbye.

If it feels like someone is giving you a farewell for no apparent reason, that could be a warning sign of an impending suicide.

9. Stating that others would be better off without them.

Many people consider suicide, but decide against it because of the harm they realize it could cause to others. When someone believes that others would actually benefit from their death, that’s a serious warning sign that they intend to harm themselves.

Be on the lookout for these warning signs. Given the prevalence of suicide attempts in Australia, you may know someone who will attempt suicide. You’ve likely known others that have considered it, whether you realise it or not. Suicide is a significant cause of death. If you know the warning signs, you might be able to stop yourself, or someone you know, from ending their life needlessly.

If you or you know of anyone who needs help, please contact LifeLine 13 11 14 or give us a call and we will ensure they receive the assistance they need.