We are all part of the story!  You, Me, WE – we are Australians!

It’s not often that I see an advert on TV that I really resonant with, but this week I did!   For the first time, someone has thought about this Australia we all call home!  And Listened. Listened to everyone, it appears.  Not just the outspoken, the extreme left or right people, but the quietly spoken, the children, the wise elders, everyday Australians.  We all call this place home, but it means different things to us all.   Watch it here

Were You born here?

Australia was developed by adversity and built up with our diversity.  Our heritage is what makes us who we are now, after centuries of development. All of it!  From the rich culture of our First Nations People, and the rough stock of the transported lawbreakers, to trailblazing pioneers that set up communities – we grew.   At a typical Aussie BBQ of 20 people, I would bet less than a 1/3rd was born in Australia and probably only half of those have grandparents who are dinky-die Aussies.   And that is not a bad thing.

The foundations of Australia started with our First Nations People, many ‘mobs’ huge diversity in both culture and languages right across this huge continent.  This has carried on across the past 200 plus years starting with the arrival of the first fleet and really has never stopped.  People from across the globe, have packed up 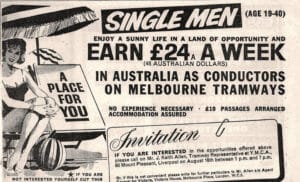 and taken the leap of faith to immigrate here.   And it is a leap of faith.  Leaving your country of birth, permanently,  is a huge decision.  Immigrants decide for many reasons:  There were the ‘ten-pound Poms’ at the end of WW2;  Skilled workers from Canada, Italy, Greece, and  Americans enticed by the promise of a better life.  Refugees from too many wars, conflicts and persecution.  And, of course, the Tourists that came and never wanted to leave, so stayed.  Some thrived.  Others emotionally died and left.  All left their footprints on the heart and souls of us all.   The immigrants brought different attitudes, trades, new ideas and lots of conflicting ways of thinking.  This is how we grew mentally.

Across the years, the different cultures have added to our cuisine, our music, our art, language and culture.  And this only happened because each generation ‘allowed’ itself 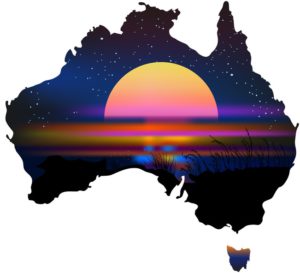 to adopt and adapt to include the essence of each new ‘way of doing stuff!’   This led to the success of Australia as a country, as a people.  Australians, generally can fit in anywhere, because everywhere has a little ‘flavour’ of home.

One Thing Left to Do

There is another step in this process that is long overdue.   To truly acknowledge all the founders of our past, we must acknowledge the First Nations People.  This means listening to what they require to unite us all.   It’s not a big deal to change Australia Day to another Day.  If it creates hurt, despair, for people, even if only a minority, change it. Let’s unify our country.  I lived in South Africa during Independence, it was an amazing time.  I agree the result is not perfect politically or financially, but what is fantastic is the sight of kids – all races, colours, ethnicity – mixing together, laughing joking and socializing together.   Isn’t this what we want Australians, all Australians to enjoy?

Listen to the People

We need a new flag, a new national anthem, a new attitude.   Like the Australia advert says:  It starts with listening.   Listen and act.  Now not next century.