Have you ever suffered from pent up anger, frustration, and disappointment in the actions of another person?   Recently, a person came to see me who was deeply depressed. He said that his partner had been cheating on him for many months.  The affair had stopped and they were reconciled.  He had forgiven her.  However, I could see his ‘barely controlled’ frustration.

I asked him to tell me what were his feelings when he thought about her. He replied I’m angry, bloody angry!

Forgiveness is the right thing to do when someone says ‘sorry’ but is extremely hard to do especially if the ‘victim’ still feels ‘unsafe’.  In these cases, all the emotions relating to the event are still bubbling away beneath the surface, waiting to explode.   ‘Squashed down feelings’ fester and create anger, frustration, or disappointment.  You cannot and will not forgive. 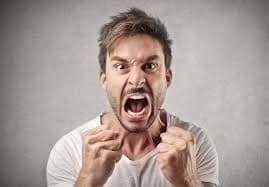 In the above example, this man was angry, bloody angry!  In this state, forgiveness is impossible.

I use a process called TRTP – The Richards Trauma Process to assist people to get that anger out quickly and effectively.  TRTP is a hypnosis therapy.  The reason why we use hypnotherapy is it allows your therapist to access the subconscious mind. This is where the anger resides.

Unresolved stress and trauma from the past lead to stress, anxiety, depression, and even PTSD. Forgiveness does not resolve it.  Getting the anger out about the person or event does.

Releasing built-up anger and emotional connection to events does not mean you have to accept or condone what happened.  It is not beneficial for you to ‘relive the event’ by relating the story yet again.  Utilising hypnosis and trauma therapy allows you to ‘re-write’ the event in your subconscious allowing you to ‘say, do and resolve’ and take back your control.  It’s a little bit like having an opportunity to say or do the ‘would of/could of/should of’ things you often think about after it’s too late.