However, it took until 1928 for Australia to ‘catch up’ to Europe when the first Women’s Day was organised in Sydney by the Militant Women’s Movement.  The women called for equal pay, an 8-hour working day for girls, and to be paid annual leave.  1929 saw Brisbane join the party and by 1931 marches were held in both Sydney and Melbourne annually.  These continue to this day.

International Women’s Day is a time for reflection, review, and celebration.  Time to reflect on how far we have come, the changes made in gender equality, but mostly to celebrate the achievements of women locally, nationally and internationally who have achieved amazing things.

As Australia is trying to re-establish itself after Covid-19, it is interesting to reflect that the problems of 1910 are still pretty much with us.

Domestic violence and in particular violence against women seems to be always in the news.  Every week of the year, one female dies from some sort of DV violence.   One in three women has experienced abuse by a partner or family member.

Currently, there are ‘bullying’ and ‘rape’ allegations in our parliament.  Female politicians are resigning when they have so much more to contribute.  It is a ‘boys club’ without a doubt, with promotion and leadership opportunities reserved, in the main, for the men.  Inequality is obvious to those looking up to our leaders.

Our culture flows down from the top.  How will we ever close the wage gap;  teach our sons to respect their mothers, sisters, and eventually their wives, if our leaders don’t set an example?

Our male sports heroes are in the headlines for all the wrong reasons – drinking, drugging, and abusing!   Here, the huge wage gap is obvious.  However, at last, sportswomen are been given ‘air time’ when they play.

All of this overshadows the amazing feats of women around the country. 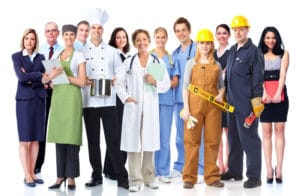 We have amazing women in sport, mining, education, photography, medicine (especially in 2020) scientists, farmers, business to name just a few.    I have just spent 30 minutes trying to find out who these are – I know they have achieved amazing stuff – but unless you know their names,  they remain anonymous.

Not One Day a Year

I love that we have International Women’s Day but it shouldn’t be just one day of the year.

We need to celebrate everyone,  every gender equally.   It starts at the top Mr. Morrison, you have a unique opportunity.  It is time for a change.  Let’s do it now.

Chuck out the Ministers that behave badly.  Get serious with domestic violence (male/female and female/male – all of it). 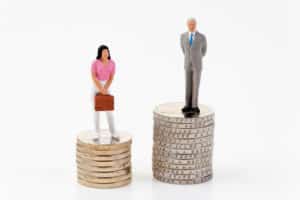 so they can retire with dignity.     This has been a problem since 1928 – nearly 100 years – our politicians have a lot of apologising to do to all Australian Women!  The current system disadvantages women every payday.

Celebrate all women, not just the high-achieving people.   Treat everyone with respect – All Australians deserve nothing less.

If you or anyone you know suffers from any type of bullying please BOOK a complimentary session with one of our therapists so we can help you.